It's not just being catfished or ghosted. 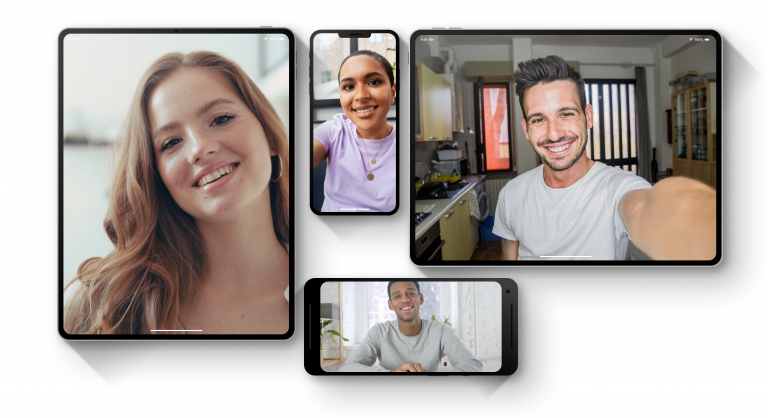 If you’re reading this, ask yourself this: have you recently (let’s say the last 18 months) expressed how fed up/exhausted/over ‘dating’ you were…but never actually looked at what the root cause of this might have been? You say things like ‘Dating is all the same’ or ‘No-one is looking for anything serious’, yet you go back to the same apps, the same practices, stuck in a habitual habit without actually trying to change anything?

Well don’t worry – you’re not alone. Famed Self-help guru Tony Robbins once claimed that “Most people are unhappy with an area of their life, but are not unhappy enough to do anything about it. Unfortunately, 90% of people fall in this category. Dating is no exception to this rule…but why? Don’t we (mostly) want to find someone who adds to our life, who is around to celebrate our highs, and support our lows? I know I do.

However, this article isn’t to make you feel bad; instead, it’s the opposite: I want to help you identify the five common dating mistakes that we’re ALL making and show you just how easy these are to solve through video speed dating. And who knows…you might just find yourself sat chatting to Kim Kardashian or Kanye at a future event (Note: the author has no connection to either, nor makes any promise of the aforementioned. But, knowing Kanye and/or Kanye, would it really be that crazy to imagine them just turning up?)

You know the drill: you’ve been talking for the adequate amount of time, and now you and your match are going to meet. The chat has been good, banter enjoyable, and he/she doesn’t seem to be a complete idiot. Suffice to say, you’re excited for the date.

Two hours later and that excitement has been replaced with exhaustion. What happened? Simple: your personalities had no vibe. He was chalk, you were cheese, and no matter what anyone tells you, this is a sandwich you will never make work.

The Solve: If only there was a way to get to know a person’s personality, properly, without having to dedicate a whole evening if the person didn’t suit? Did someone say video speed dating? From the back, was it? Well either way: spot on.

In one 3–5-minute speed date, you’ll get to know more than just someone’s looks: you’ll get to see their nuances, their personality, and a sense of what they’d be like in person. And all from the comfort of your own home.

Swiping was meant to bring us together, with a larger range of possible matches, in a harmonious fashion. Instead, what we now experience is interactions that are disconnected, dehumanized, and downright drivel.

You see, with choice comes uncertainty. No longer do we focus our attention on what’s directly in front of us, instead fragmenting our focus in multiple directions for fear of missing out. How can we really get to know someone if we never give them our full attention; never stopping to enjoy their nuances, or their subtle moments of individuality?

The solve: The reason speed dating has been so popular for so many years is because it hyper-focuses an individual’s attention span. It makes you the entire focus of that other person, and vice-versa. Plus, it proves an intent: every person at that event has chosen to be there for the same, committed reason. How refreshing it is knowing that a person is paying undivided attention to you, listening rather than just hearing, and making every effort to impress. It’s how dating should be.

With video speed dating you can enjoy all the above but from the comfort of your own space. No long commutes, awkward eyes, or lingering individuals at the end of the night: just 30-40 minutes of personalised, intimate dating.

When you’re writing about dating it can become so easy to focus purely on the superficial.  Perhaps it’s our push for efficiency, streamlining an inefficient system; or maybe just a call for more honesty and integrity in our profile-creation. Both valid points, of course.

However, in the modern day there is one thing that remains unparalleled in its importance: safety. In Scotland between 2018-2019, a shocking 160 people reported being sexually assaulted (https://www.bbc.co.uk/news/uk-scotland-49508871)  on a first or second date; a number that equated to almost 11% of all attacks that year. It is an issue often swept aside by industry leaders and the media, but now more than ever individuals need a safer, less anonymous style of dating.

The solve: An online profile is merely 450 characters or less, and a handful of unvalidated pictures. Sure, social media verification have gone some way to address these issues, but as we’ve seen from the simplicity of opening fake social account, it’s not nearly enough.

With video speed dating the users first experience is face-to-face: there’s no long-winded swiping or delayed messaging, instead just real people having real experiences. In 180 seconds, an individual can learn a lot about a person, most importantly if they feel safe/relaxed around them. If not, simply chose not to match and you’ll move swiftly on to your next bachelor/bachelorette.

As with anything, ‘change’ is hard to handle. We crave habit and pattern, struggling with ideals that challenge what we know to be ‘standard’ or ‘rooted’. While video speed dating will need time to grow, users will undoubtedly see the benefits of this style of dating, adapting this technology as the ‘new norm’ and welcoming the balance of live (from home) hosted digital event and live virtual dating. Oh, and with 91% of Isodaters getting at least one match or more at our events, it’s hard to fight against the numbers.